The award winners were announced during a special luncheon following the two-day conference and a keynote address by Gov. Henry McMaster.

Steve Dykes has served as director of Charleston County Economic Development since its inception in 1993. For the past 25 years as economic development director, he has spearheaded the county’s recruitment, retention and expansion efforts, leveraging more than $6.3 billion in capital investment and the creation of more than 33,000 jobs in Charleston County. 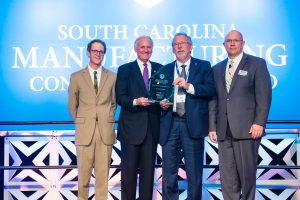 Congratulations to Golfbreaks on their tee-rific expansion in #charlestoncounty! The expansion of operations will create 32 jobs within the next two years. Read more: bit.ly/3xxAHMOS.C. Department of Commerce, The Town of Mount Pleasant, South Carolina #CCED #economicdevelopment ... See MoreSee Less

SC Dept. of Commerce @sccommerce ·
26 May

A beautiful evening to celebrate the kickoff of @DIG_SOUTH!