Nestled alongside the Ashley and Cooper rivers as they flow into the Atlantic Ocean, Charleston enjoys a subtropical climate—with mild winters and warm, sunny summers. On average, July is our warmest month, January is our coldest, and August gets the most rainfall. 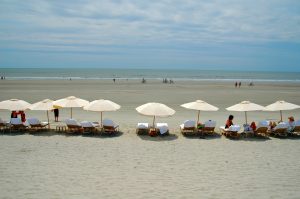